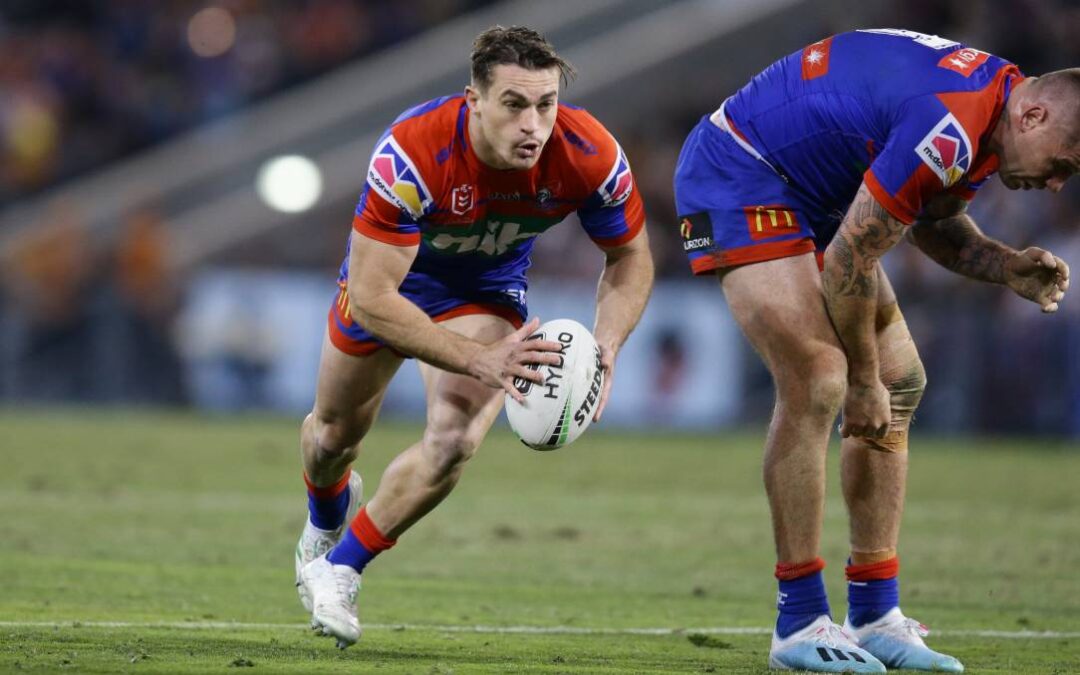 Off-contract and facing a battle for the starting position he wants, Connor Watson is leaving no stone unturned to prepare for 2020.

The Knights utility has been a standout trainer in the opening three weeks of pre-season after doing extra yards during his break.

Keen to impress new coach Adam O’Brien and his staff, Watson agreed he had a point to prove in pre-season as he chased game time and a new deal.

“It’s coming into a big year for myself,” Watson said.

“I’m off-contract now so obviously there’s a big emphasis on me playing some good football this year.

“I’m just looking forward to it and that’s why I guess I’ve probably put in that much work in the off-season, just so I could come back in the best shape I could.

“I didn’t miss a beat when I came back and that’s what I’m trying to do. I’m just looking forward to building on what we’ve done so far, and improving and taking my game to the next level.”

The former Rooster said gaining a new contract was his biggest goal heading into his third season with Newcastle and he was keen to earn it at hooker. That desire will put him up against new Knight Jayden Brailey, who has joined from the Sharks.

Watson finished 2019 as Newcastle’s starting hooker, after sharing the role off the bench with Danny Levi.

However, he is also in the frame to partner skipper Mitchell Pearce in the halves, especially with incumbent five-eighth Mason Lino having shoulder surgery.

Despite the potential opportunities at No.6, Watson was focused on continuing his role at dummy-half.

“I played a fair bit of nine last year and I really enjoyed it and I felt like I probably played my best footy there and probably the best footy I’ve played for a while, so I’d like to be able to build on that,” he said.

“But we’ve got Jayden [Brailey] here now as well so there’s a bit of competition in that spot, but I’ve trained all over the place. I trained in five-eighth yesterday and I trained in a bit of lock today, and a bit of hooker last week.

“There’s competition here for every spot, so for me it’s to go and put my best foot forward in one of those position and hopefully lock down a spot, but nine is probably my preference.”

At five-eighth, he said he needed to work on his game management and kicking but also play to his strengths.

“If I’m going to play six, I’m not a natural six in the sense, I’m more of a ball runner, so I think I’ve got to just go play to my ability at six and play the way that I know to play, which I have done,” he said.

“I think it’s just the others areas where I need to improve on just in case Adam calls on me to do that job.”

New assistant coach Willie Peters, who is working with the Knights attack, said Watson had “been one of our better performers” in pre-season.

“We need to find that right position for him,” Peters said.

“We’re still discussing that, we’re watching that every day, but you could put him anywhere and he’d do a good job because of his energy and effort.”

We wish Todd all the best and know he will succeed up North.