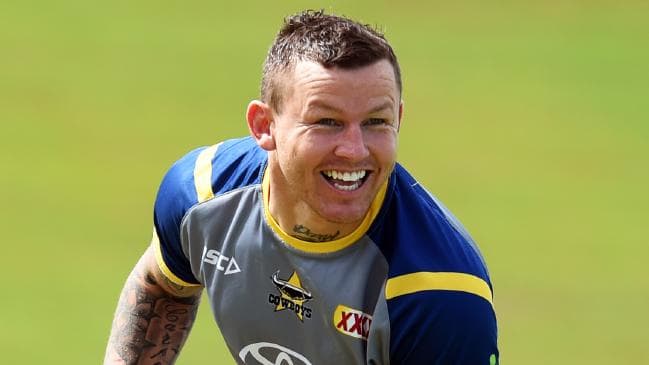 TODD Carney’s dream of returning to the NRL is over after the controversial rugby league player confirmed he had taken up a captain-coach role with the Byron Bay Devils.

The 32-year-old had been pushing for a return to the big time following his sacking from Cronulla in 2014 and subsequent stint in England.

He briefly played with Northern Pride in the Intrust Super Cup in 2018 before earning approval to train with North Queensland.

But he left the Cowboys and put his NRL dreams on ice following his mother’s breast cancer diagnosis.

Todd is expected to move to the NSW mid-north coast in the coming weeks where he will continue taking speed and agility sessions, along with his new role at the Devils.

“It’s an exciting opportunity for me to put something back into the game and I’m looking forward to it,” Carney told Wide World of Sports.

“I would have loved to play on in the NRL but then this chance came up and I decided to take it.”

We wish Todd all the best and know he will succeed up North.